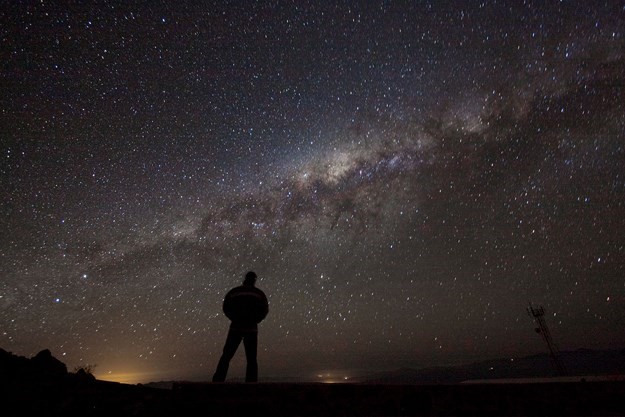 One of the most pressing needs of man, if not the greatest, is to have some sense of significance or worth. I suspect there is nothing more tragic in the heart of man than to be overwhelmed with the sensation that he is absolutely and completely of no value…to anything or anyone. This state of mind, no doubt, is a key factor in depression and even suicidal thoughts and actions.

It seems as if we are not only born with this hunger, but we recognize it at a very early age. We long to be held by our mother. We long for our father’s embrace. We crave their approval.

Not only do we sense it in ourselves, but we are quite perceptive that it is a major need in others. So if we want to hurt someone, we do so with words or actions that are crafted to destroy the significance in another, hoping that by stealing theirs, we might therefore add to our own. It I call you “stupid” or “ugly” then my sinful nature is hoping that I can somehow strip you of the one thing that I know you want more than anything else. And, by some twisted form of logic, I think I can become more significant by putting you down.

Children aren’t stupid. They know how to hurt. And they go for the jugular.

When we get to adulthood, we normally have a tendency to temper this, although we never walk away from it. We can still play the game. We just learn how to play it more subtly.

But the game hasn’t changed.

We still long to be significant. And we think we can somehow get it from the people and things in the world around us. So, we chase desperately for significance from anything and everything. We seek applause; we seek confirmation; we seek praise; we seek what we falsely believe is “love”. If we can’t get it directly from people, we will seek to get it indirectly by chasing for significance from physical things…things such as wealth, beauty, power, or control. Some believe they gain significance by being funny or smart or being the quarterback or prom queen. The “life of the party” is often someone who is in a desperate search for garlands of significance tossed to her by the crowd. It is a sad thing to see our Hollywood starlets as they desperately try to maintain significance while their beauty fades and another, younger and now more beautiful and shapely, arises.

Some find that they cannot gain significance from anyone and so they pull into their shell with their own desperation…one that seeks to maintain whatever significance they have. They take no risks…publicly, socially, or in relationships, out of fear that they may lose what they have. This sometimes comes as the result of once trying to gain significance and miserably failing or being rejected…sometimes cruelly by those who think they can prosper by taking yours.

And because this false notion, that one can gain significance from the world around them, eventually fails…either with wrinkles or hollow wealth or just because there isn’t enough applause to go around, we have come up with another deception...possibly the greatest of all.

We live in a culture that has fallen into the well of self-centeredness. We have been taken prey by the belief that it is all about me. With that belief comes the notion that we have value and significance in and of ourselves. I don’t need you. I have myself. In other words, I can be significant even if the world doesn’t think me to be significant or of any value.

This requires some careful thought and wisdom.

The significance of something doesn’t lie in the something. It lies in the value another places on that something. A pot of gold is of no value by itself. It only has value because someone, or possibly a whole lot of someones, consider it to be of value…maybe even of great value.

When a person dies, they often leave behind things that had value to no one but themselves. When my mother passed away not long ago, she left a number of items. Most of those were given away or tossed because they no longer had any value or significance. Their "value" died with my mom. Some were kept because we also valued them and a few were kept, not because we saw direct value in them, but because they were of great worth to her. I suspect that when we die, our children, or our grandchildren, will discard them because they will be of no value to them.

This is also the reason for much of our “rubbish”. We may have valued it for a while, but then it becomes of no significance to us and we toss it. We value the tin can because it contains and protects our corn. We value the cardboard because it contains and protects our pizza. But once the can and the cardboard have served our purpose, we throw them out, for they no longer have any value or significance to us.

The point here is that the item, itself, has no value unless someone values it.

This is very, very contrary to modern thinking, where we have come to believe that the individual has worth all by himself. This thinking has, of necessity, arisen because we have rejected a belief in God. For without God, the individual human being becomes nothing but an empty tin can or a used piece of cardboard…he is nothing but “star stuff” as Carl Sagan put it. And, because of our hunger for significance, we have to come up with the notion that the “individual” has worth in and of themselves…so that we can feel significant without God. That is why there is such a big fuss over whether or not the baby in the womb has become a “person”. Peter Singer, Princeton’s elite Professor of Bioethics, argues that a baby doesn’t really become a “person” until he or she is two years old and therefore we should be able to “dispose” of them up until that time. Without God, the baby in the womb becomes mere tissue. And if the mother sees no value in it, then neither should you. But the truth is that God made man in His image, and therefore the human being, in the womb or outside of the womb, has value, not in and of itself, but because God gave it value. And if we remove Him, then humanity becomes trash, valuable only in the eyes of someone else, or in a desperate mode to maintain significance, valued by oneself. The argument for euthanasia follows the same line of thinking. If the individual no longer finds value in his own being, then he is of no ultimate value and can be disposed.

In a culture that removes God, one is left with the hopeless task of either finding significance in the praise of man or in the hoarding of wealth or power. And when this doesn’t pan out, in some sort of self-defense mode, we turn to the vain notion that I can generate my own significance internally…I am of value because “I am”.

Now, this sounds really good, but it is foolishness without the reality of the Creator God.

I know there are some who have taken exception to my position that God has given us this drive, but I believe they do so from misunderstanding. Just as He has given us the sexual drive and it can be focused on that which is wrong, so too, the hunger for significance can become sinful when misdirected.

When we hold our own children and tell them that we love them, we impart to them a sense of significance. It isn’t found in themselves. It is found in knowing that they, a mere child, have the love of their father and mother.

So, too, the love of our heavenly Father, and the great sacrifice that He gave on our behalf, fills a divine need within the human soul…the longing we are here calling “significance” is satisfied by the love of Christ.

There is a divine significance that is granted to us when we are called the children of God.

This comes from Him…not from us.

What significance can compare to being a child of God and fulfilling His purposes?

But, the enemy and the flesh and the world go to great lengths to turn this upside down. We believe that significance comes, not from the Father, but from how I stack up to the world around me…how I measure compared to others. We pervert the divine hunger for significance, which was meant to drive us to Him, and divert it toward the carnal…from the only One who can truly satisfy, to the world which can never satisfy.

This deceit leaves us as hopeless addicts desperately chasing a fix that is barely temporary, providing only a false taste of something that we wrongly believe to be satisfying, yet it merely makes us more desperate.

Jesus said that one might gain the whole world and yet lose their soul.

Solomon declared that one may love money, but they can never get enough of it.

To think so is a fool’s quest.

God certainly knows this, and He therefore calls us from the unsatisfying to the satisfying:

Come, all you who are thirsty, come to the waters; and you who have no money, come, buy and eat! Come, buy wine and milk without money and without cost. Why spend money on what is not bread, and your labor on what does not satisfy? Listen, listen to me, and eat what is good, and your soul will delight in the richest of fare. Isaiah 55:1-2

Jesus said the same thing to the woman at the well:

He is no fool who gives up what he cannot keep to gain that which he cannot lose. Jim Elliot

[preface] I suppose this attribute of God is one of the most rejected in our culture, for a people who h...