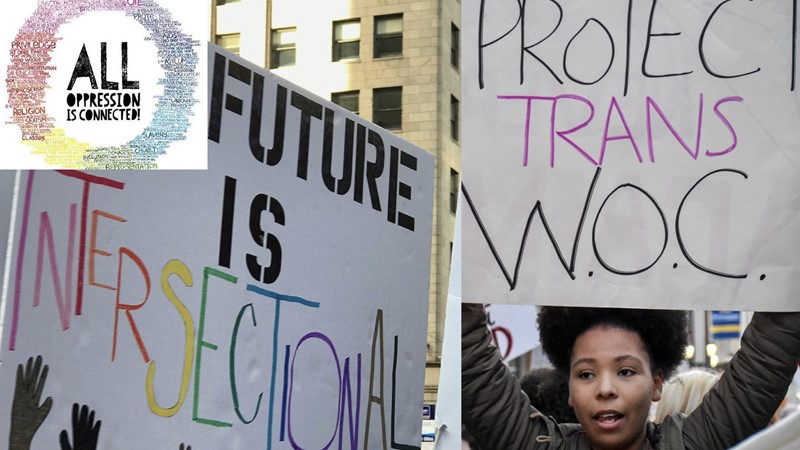 One of the growing pieces of the Marxist/Socialist worldview in our culture is the theory of intersectionality. If you haven’t heard of it, you will. It is an important element used to help create a “victim class”.

The theory of intersectionality was developed by Kimberle Crenshaw, a professor at both UCLA and Columbia Law Schools. She was also key in developing Critical Race Theory, an outgrowth of the Critical Theory developed by the Marxist scholars (Franklin School) who came to Columbia University in the early 1900’s from Germany.

In her later talks, she speaks of intersectionality applying to all points of oppression: racism, xenophobia, sexism, heterosexism, ableism, classism, homophobia, transphobia, etc. The theory posits that the more your “identity” includes these oppression points, the greater is the oppression by the hegemony and its social structures upon you.

This should sound familiar to us now.

Intersectionality, in short, is a way for people to grade their “victim status”. By this, I mean that intersectionality gives the mechanism by which one can sort of add up victim points and thereby increase their status in the victim class. It has also created new sub-classes such that one is no longer Latino and transgender, but a “transgendered Latino”, which is of a higher status in the victim class than just the addition of the two. In this way, it creates a greater animosity toward the hegemony—almost a multiplier. So, a “non-binary, disabled, transgendered, Palestinian immigrant” has therefore much more reason to be angry about being oppressed.

The sinister part is that it whispers enticing words to draw people into the web of self-centered victimism (it’s all about you) where one is stroked with tantalizing thoughts of being significant and powerful because of how oppressed you are. This, much like the temptation of Eve, will lead to self-destruction, not the promised self-deification.

This, of course, is why those in the body of Christ must resist it, for this worldview enslaves people and makes them most miserable as we have seen throughout the history of the last century and in places like Venezuela and North Korea today.

This discord, of course, is exactly what the Marxist/Socialist worldview seeks—to create a rage against the cultural hegemony and all of it structures, to tear them down.

The biblical worldview calls us to the opposite. Our identity is in Christ. We don’t “identify”, as Miley Cyrus does, as “pansexual”. We don’t identify as black or binary or trans or poor or Latino or the increasing number of sub-cultures or tribes that Marxism gleefully seeks to generate in order to stoke the fires of strife and revolution.

And, we are called to be ministers of reconciliation. The enemy divides; God wants to unite.

The enemy sows seeds of lies and distrust; God calls us to truth.

The enemy stirs up anger and bitterness and hatred and violence; God calls us to love.

When we see injustice, we don’t stereotype and foment hatred against a whole group of people. We seek justice for the one wronged and transformation for the perpetrator. This keeps it local, where it needs to be. We don’t spawn imobs or riots in cities across the nation that destroy. If there is a bad cop, we seek to remove and reform him, we don’t hold up signs that say “all cops are bastards”.

Intersectionality, was spawned in the university and now breeds and multiplies in the online ethernet. I am sick of researching them. They are filled with self-centeredness and discord and angst and bitterness and hatred toward the hegemony and its social structures.

We are called to something different. We are called to love those who hate us. We no longer see the person from a worldly perspective. Those outside of Christ have been taken captive by the enemy to do his will.

And the Lord’s servant must not be quarrelsome but must be kind to everyone, able to teach, not resentful. Opponents must be gently instructed, in the hope that God will grant them repentance leading them to a knowledge of the truth, and that they will come to their senses and escape from the trap of the devil, who has taken them captive to do his will. 2 Timothy 2:24-26

This includes Dr. Crenshaw and all of those who are being seduced into the Marxist/Socialist worldview.

Do not be conformed to the pattern of this world, but be transformed by the renewing of your mind. Romans 12: 2

After the Sabbath, at dawn on the first day of the week, Mary Magdalene and the other Mary went to look at ...