7 Threats in Our Times: (#2) The Rise of Homo Deus and Meo Christianity 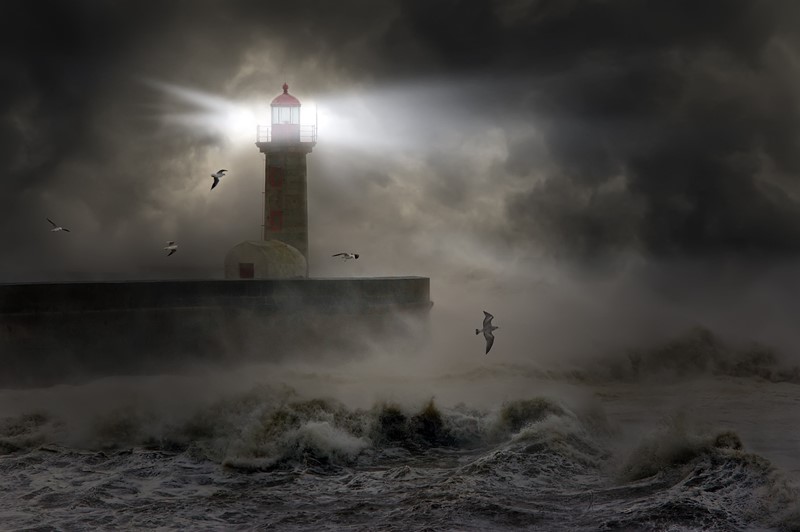 In the luxury of a culture where even the lower economic classes live like kings compared to the world’s poor, we have become immensely spoiled. We are lavished with bins overflowing with fresh fruit and vegetables in the dead of winter, aisles full of choice cut-meats, acres of shelves filled with more products than anyone could possibly want, stores with racks of clothes and shoes of every type and style and color, homes with heat in the winter and air conditioning in the summer, cars by the millions and transportation freedom to go anywhere and anytime we want. We have fast-service food everywhere and thousands of channels and entertainment of any kind 24/7 at the push of a button.

We pay thousands of dollars for a bicycle and the expensive tights. We pay almost as much for our tennis shoes. Like the kings of old with wise men and counsellors at their beckon, we have a waiting attendant named Alexa who grants us access to the store house of the world’s knowledge by simply commanding her to speak. Yesterday I raised my scepter and my demand was met with a delivery truck this afternoon.

We are lavishly wealthy and spoiled.

In all of this, it is easy to believe it is all about me.

One of the first things that happens when a culture loses the larger story of God is that there is only one story left—mine. Couple this with the explosion of at-your-service entertainment and what’s-your-pleasure technology that incorporates sophisticated algorithms to tailor everything to your surfing wants and desires, and it isn’t hard to begin to think that the universe revolves around you.

It gets complicated after this, because just as Satan essentially whispered “it's all about you, Eve”, I am convinced we are fighting a demonic battle here as well. There are spiritual, material and worldview forces combining today to whisper the same in our ears every minute of every day.

And, just as Eve bought the lie and it led to devastating consequences, so, too, swallowing that lie will do the same to us individually and to our culture. The forces are gaining so much strength that we have raised “all about me” to the next satanic level: “you will be like God!”

Increasingly, the human heart has become the voice of the human deity—homo deus. If I say I’m a girl, the world must now bow down to that as a divine proclamation. If I speak against it, I am guilty of blasphemy and I will be punished for it.

A father in Canada was recently arrested because he refused to use the personal pronouns demanded by his child, the school and the government. He is considered a blasphemer.

We have been seduced by this for years with the “follow your heart” mantra that is founded upon the same sinister belief that there is something deeply divine about me and my ultimate quest is to get in touch with it and set it free. That is almost a direct quote from Abraham Maslow who taught us all that our highest goal in life was not to glorify God, but to self-actualize—the last century’s version of “follow your heart”.

Virtually every movie today plays the same theme over and over again—characters wrestle with their inner struggling selves until they find salvation in becoming true to their own hearts and then celebrate it. We may be more accurate to say “worship” it.

We have become truly blasphemous:

This is the rise of Homo Deus.

When a culture descends into such deep self-centeredness, it begins to collapse. A healthy culture is built upon selflessness, cooperation, trust and good-will. When selfishness reigns, lawlessness and corruption soon follow. Daniel Webster famously prophesied:

When the public mind becomes vitiated and corrupt, laws are a nullity and constitutions are but waste paper.

Homo Deus will also lead to greater and greater isolation. When people believe their happiness and significance and pleasure is increasingly found in getting their own way, pursuing their own will, they will progressively become manipulators of everyone around them. Everyone has an agenda… always. Everyone becomes a salesman. Nothing destroys relationships more than when two people are maneuvering and manipulating according to their own agendas and scripts. We become increasingly isolated, shrinking ever so slowly into our own all-about-me throne, where we become secretly, but pathologically, lonely.

The desperate drive to control and fulfill our own will also leads to emotional turmoil.  When we become invested in our own personal scripts (“If my husband would just… If my wife would just… If my parents would just… If the cute boy or girl at school would just…), and we continually fail in controlling the events and people around us, then we become possessed with negative emotions: anger, disappointment, impatience, worry, bitterness… all of which can make us either claw more desperately or give up and sink down into apathy and hopelessness… and sometime suicide.

These are the consequences of Satan’s lie.

Ah, but it is here we should see the body of Christ shine! For we are the earthly purveyors of what a true, selfless relationship should look like. We have been on the receiving end of God’s steadfast, sacrificial true agape love. As Paul cries “Christ’s love compels us!”

But, alas, the body of Christ is increasingly beset with the same lie.

I call it “Meo-Christianity”, where we come, wittingly or unwittingly, to believe that the most important thing in Christianity is me. I am God’s endgame. It is all about me, spiritually and piously speaking, of course. The music on Sunday, the fellowship, the teaching, the Christian albums and movies, etc. etc. are basically all about me... and for me. I am a Christian consumer who delights in my Christian consumption. We even turn our growth and sanctification into something that is all about me. The most important thing for people to hear from me is my journey. I write diligently all about it in my blogs and posts on social media and hope everyone “follows” me.

Isn’t that a revealing word?

It is hard to love our neighbors when we are primarily consumed with ourselves. The most critical element in true agape love is sacrifice. Without it, there is no true agape love. And without true agape love, Paul says we are but a noisy gong or clanging symbol that may make a big noise, but it simply fades quickly into nothing.

No one sacrifices for another when they believe it is all about them.

This is the crux of the lie.

And this, my dear brothers and sisters, is a critical weather front in the perfect storm brewing about us. We must heed the words of Jesus and “return to our first love” and in so doing become ports in the storm for those around us who are being swept away in its fierce and unrelenting torrent.

“Let your light so shine before men that they may see you good works and glorify your Father who is in heaven” Matthew 5:16

This takes godly sacrifice. May He grant us to do so… and soon.