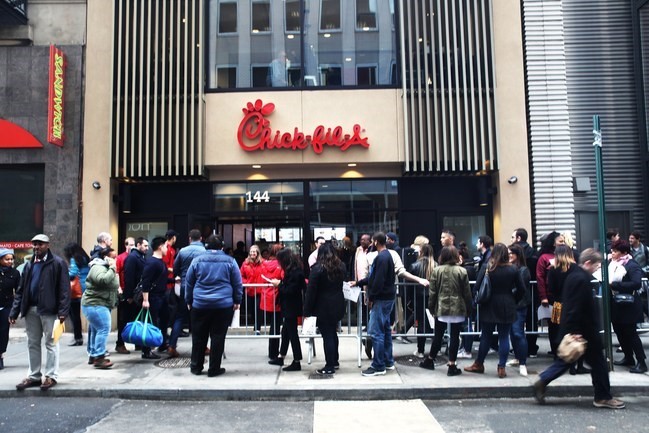 In the upcoming (hopefully and prayerfully) “Engagement” series, the first tour* will examine the rise of a phobia in our culture toward Truth… Truth with a capital “T” that is, for our culture is filled with little “t” truths… those truth claims that have their genesis in our own precious and special little hearts. We celebrate those truths so much that it borders on being a new cult… one in which the individual and the individual’s belief is elevated to something akin to divinity. To say “my heart tells me…” or “this is who I am…” is tantamount to speaking scripture and to speak against the feelings or desires of the individual is to be labeled with the culture’s current schoolyard names: bigot, hate-monger, intolerant, etc. etc. in hopes, as we did in grade school, that we can elevate our own significance and posture by sneering immature “put-downs” at our favorite “nobodies” and “deplorables”.

It would be a grave mistake, as many Christians have done, to label what is happening here with things like “liberal” or “progressive” or “Democrat”. What we are witnessing is a wholesale attack upon truth that has infested much of the cultural powers. The New Democratic party has been deeply infected. But it isn’t the Party… it is the worldview.

That worldview is one in which Transcendent Truth is no longer merely ignored nor just set aside so that we can go our own way. No… now there is a war against it. There is a hatred toward it… and a deep fear.

An interview on several northwest campuses highlighted this fear. The interviewer, a 5’10” white guy, was trying to get university students to tell him that he wasn’t a 6’ 5” Chinese woman. Even though it was obvious to them, they were afraid to speak it, for to do so was to trump the individual’s declaration with something Transcendent… even that which was obviously real.

So, last week, Daniel Piepenbring, writing in the New Yorker, decries the advent of a Chick-fil-A store to the City where, Daniel believes, it “doesn’t quite belong”. He writes that the store’s arrival “augurs worse than a load of manure on the F train”.

Is it because he believes there is something wrong with the chicken or the fries? Is it because the milkshakes carry a lot of calories? And, in a city that bans “Big Gulp” drinks in order to protect its citizens from consuming too much sugar, is the store simply out of “nutritional” step with New Yorkers?

No. That isn’t why Piepenbring writes a scathing article against Chick-fil-A.

It is because Chick-fil-A and its owners embrace a Transcendent Truth.

Here is the caption under the article’s picture of the new store:

“Chick-fil-A’s corporate purpose begins with the words “to glorify God,” and that proselytism thrums below the surface of its new Fulton Street restaurant.”

Interesting, isn’t it? A corporate purpose that begins with “to glorify God” is viewed with distaste and is equated with one of the growing schoolyard taunts: “proselytism”? By the way, “proselytizing” is viewed as an attack upon the divineness of the individual, for It implies that the individual should be persuaded to a different way of thinking and living. In a culture that has made the individual divine, to say there is something wrong in the individual’s beliefs is to speak blasphemy and deserves a sentencing to the stocks… or worse.

That is the tenor of the article. It is written with a sense of outrage, of seething anger and hatred toward an establishment, as Daniel states:  whose headquarters “are adorned with Bible verses”… Oh my! Or its stores have the audacity to “close on Sundays”… double Oh My!

Then comes, of course, the thing that is probably stirring up the greatest phobia in Daniel, and that is the position of Dan Cathy, the CEO, who stood for “traditional marriage”.

Our culture is in a war against Transcendent Truth and anyone who dares to stand for that Truth. If it is a transcendent truth about anything: sex, marriage, male and female, God, Jesus, salvation by Him alone, moral right and wrong… anything… you will be either opposed or openly hated by the cultural “elites”.

Although the war against truth has been raging from the Garden, it has never been so openly waged in our culture as it is today.

This is a recent phenomenon.

But, there is a strong and faithful remnant in the land… take hope.

“Blessed are those who are persecuted for the sake of righteousness, for theirs is the kingdom of heaven. Blessed are you when men revile you and say all kinds of evil against you because of Me. Rejoice and be glad, for your reward in heaven is great; for in the same way they persecuted the prophets who were before you.” Jesus, Matthew 5:10-11

Do everything in your power to live at peace in this culture, but don’t let it bully you into giving up the Truth. Jesus said He was the Truth. We will not turn away from Him, even if the beautiful people of Hollywood mock us, or the professors scorn us, or the NBA or NCAA move their games, or the state and the courts threaten us and close our stores, or even if a writer holds us in disdain and contempt.

You are the light of the world. If you hide your light, then the whole house groans in darkness.

We are a Remnant of Hope. Stand firm in Him.

*the Engagement: Tour 0: “In a Land of Nought—A Remnant of Hope”

A few miles up the road from me, in Lakewood, CO, a baker is fighting for what he believes is morally right...